“How wonderful yellow is. It stands for the sun.”  Vincent Van Gogh 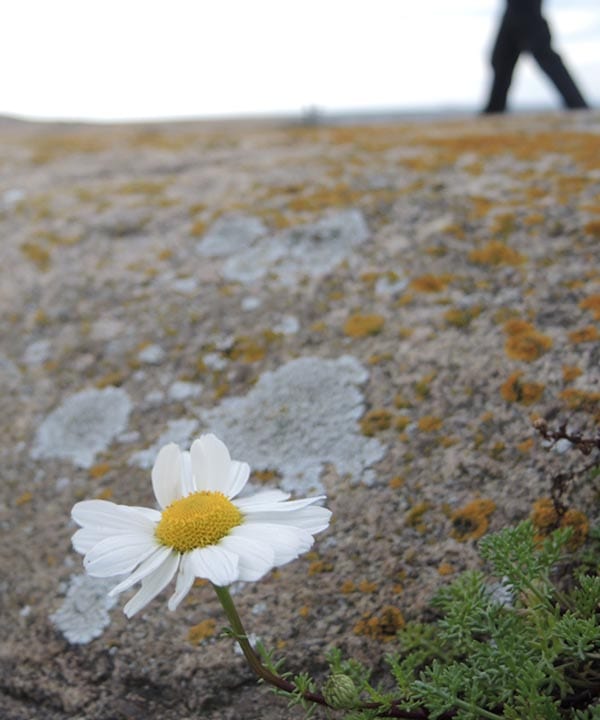 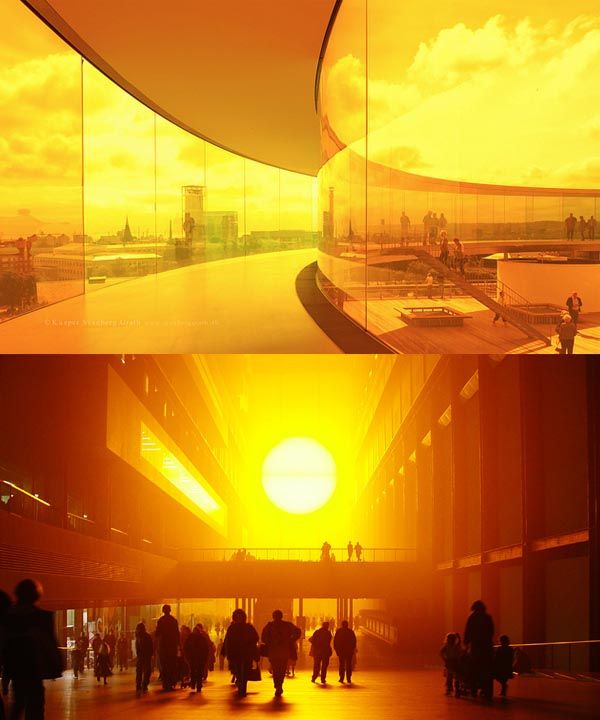 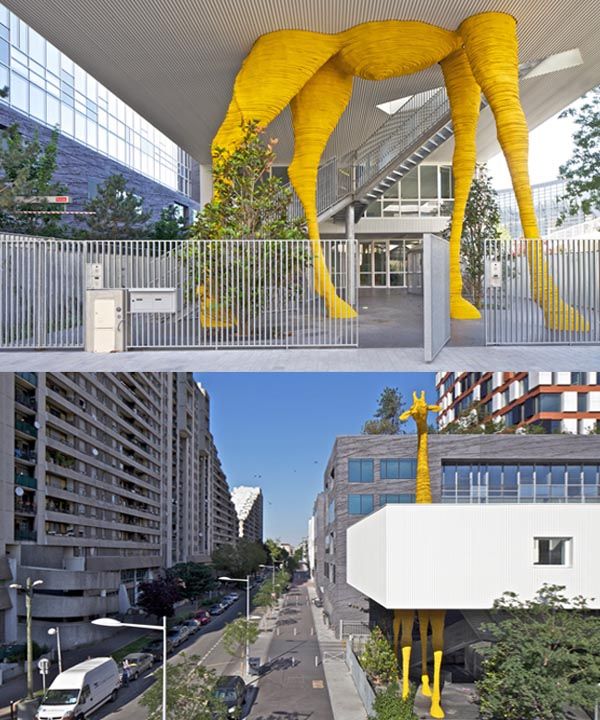 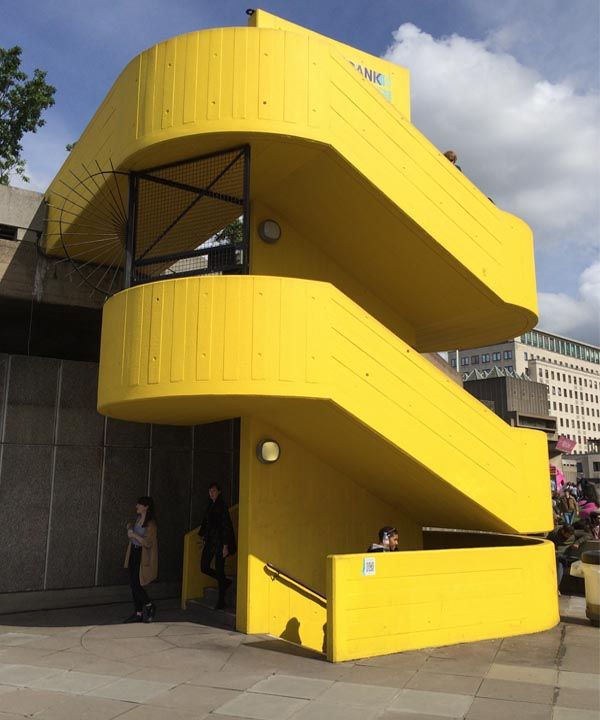 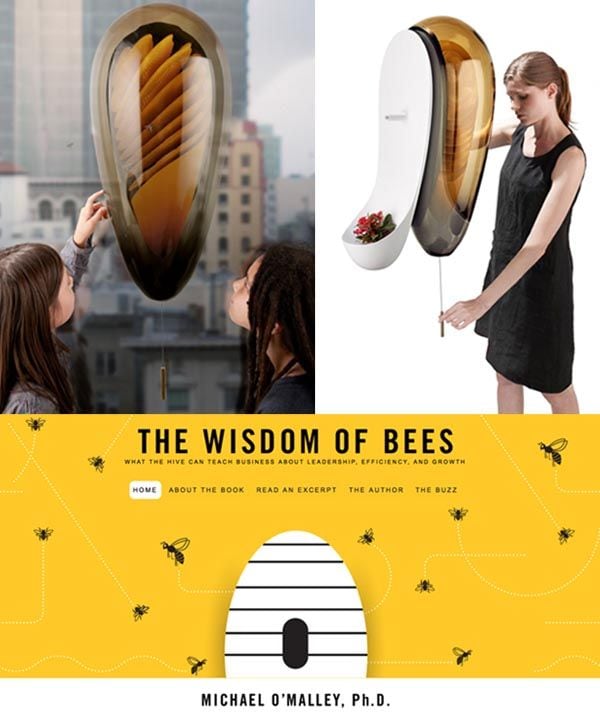 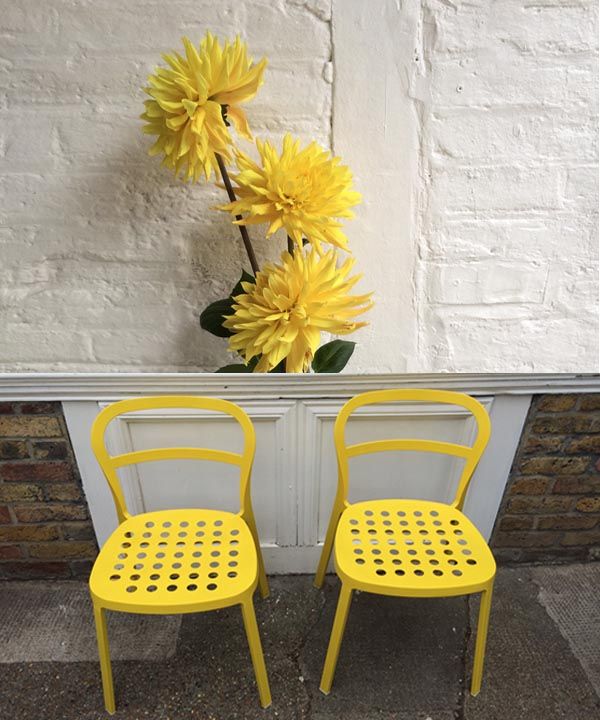 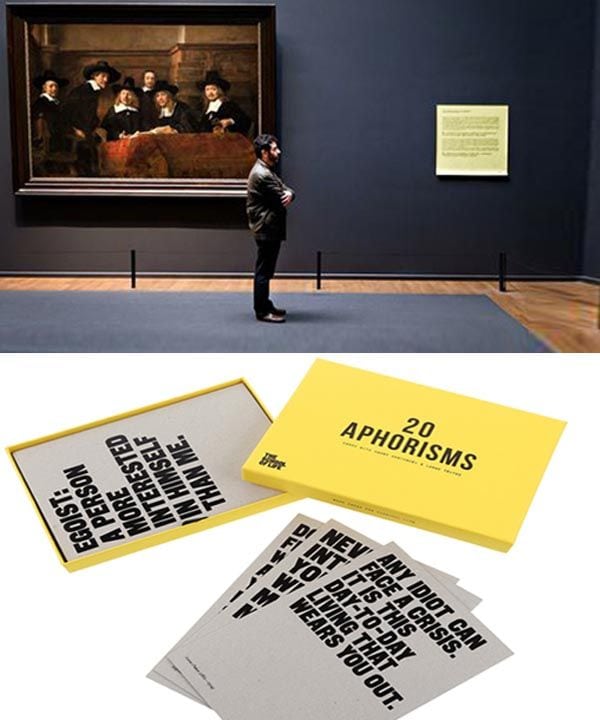 Connotations and Contradictions
In the traditional colour wheel, yellow is one of three primary colours and, as the hue of the sun, gold and topaz, it is often used by artists to create luminosity. There is no universal significance – indeed, it carries many contradictory associations. Light yellows are redolent of spiritualism, radiance, energy and enlightenment. Bolder tones may symbolise hope, cheerfulness happiness and community. But negative associations may be in illnesses, such as yellow fever or jaundice, while others connect it to ego and pride.

Travelling Though Times
The spice turmeric (curcuma longa) is a powerful anti-inflammatory and natural healer of stomach ailments commonly used in Asian cooking. In the fifteenth century, Indian yellow introduced from Persia was an organic substance made from the urine of animals fed on turmeric, but from the 18th century synthetic pigments and dyes were introduced, expanding the range of tones available. Throughout history, yellow has featured across various religions. During the Middle Ages and Renaissance, Christianity linked yellow with deception, with Judas commonly depicted wearing yellow robes; yellow – or yellow belly – was a slang term for cowardice up to the mid 20th century. Conversely, in Islam it stands for wisdom; in Hinduism it is a sacred colour and in China yellow signifies honour and royalty.

Sociocultural Importance
The British painter Turner was an early adopter of yellow for mood setting – including stormy seas and skies – while for Van Gogh it represented sunshine and the exotic south. In a letter from his home in Arles he wrote: ‘…the sun, a light that for lack of a better word I can only call yellow, bright sulphur yellow, pale lemon gold’. His paintings of sunflowers remain among our most iconic symbols of sunshine and warmth. In the late 19th century, one of America’s first comic strips was a character called ‘Yellow Kid’ created by Richard Outcault. It was labelled vulgar by critics and angered censors – and later inspired the derogatory term for popular journalism as: ‘yellow press’. Another pop culture image, the ‘Smiley’, emerged in the 1940s – originally in black and white with yellow adopted from the 1960s. It remains universal shorthand for happiness and laughter – aided considerably by its ubiquity on email, SMS and social networks. 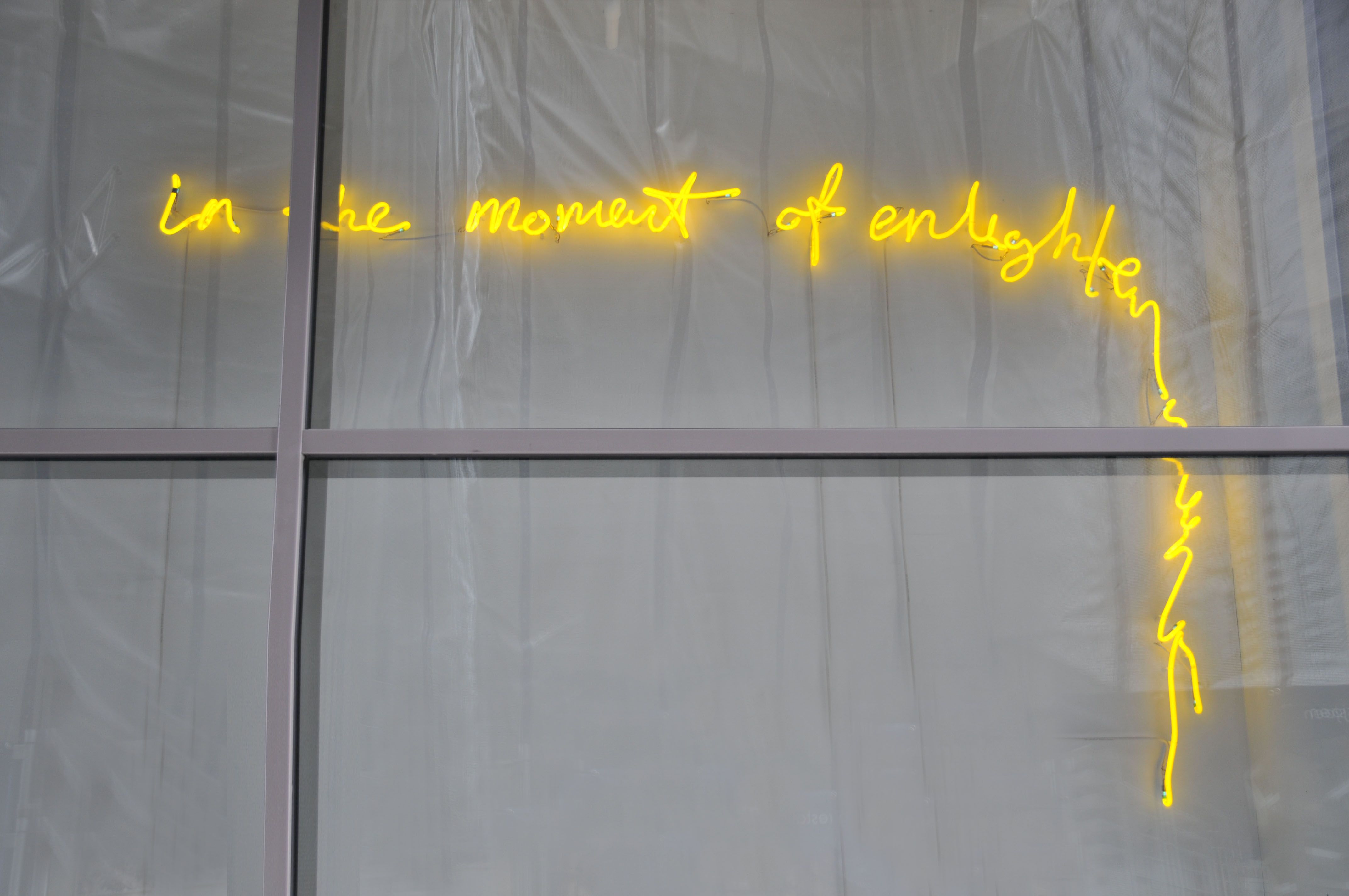 Yellow in our Environment
Bright yellow stands out in nature as a magnet for insects and birds, whose vision has evolved to respond to this hue. For people it is also a standout colour – familiar on traffic signs, taxis and the neon of urban entertainment strips. One of modernism’s most important paintings, Piet Mondrian’s Broadway Boogie Woogie, uses yellow to magically capture the urban zeitgeist. In the art world, the 1980s saw environmental artists Christo and Jean-Claude creating the Umbrellas Joint Project in Japan and USA – an epic installation remembered chiefly for its gold-yellow sunshades dotting the California landscape. More recently, artists are experimenting with new media and yellow features on a grand scale, especially in the Danish-Icelandic artist artist Olafur Elíasson’s light installation. Yellow is a great colour for kids’ spaces and a strong signal of playfulness. Hondelatte Laporte’s Giraffe childcare centre in suburban Paris and Le Corbusier’s 1950s Unité de Habitation in Marseille used yellow to promote community spirit.

Future Reflection and Mindfulness
In branding, yellow signals everything from food – think M&M’s and McDonald’s – to business services, such as Yellow Pages and DHL. It may symbolise speed and reliability – as in Ferrari and Shell. Looking to the future, biodiversity concerns and the disappearance of pollinating bees and native flora means soft yellow and translucent tones – with the properties of honey, evening primrose or wild cowslips – resonate as positive and healing. Philips’ urban beehive prototype of 2012, a far-future design concept for keeping bees at home to make your own produce, suggests the return of a maker-culture where provenance and quality are key. A recent poetic installation in the Rijksmuseum in Amsterdam of giant yellow Post-it notes by Alain de Botton, philosopher and founder of The School of Life, invites us to be mindful and celebrate art as therapy – suggesting yellows will remain a classic for architects, artists and designers alike in creating radiant focal points and ‘ice breakers’ that help us feel positive about our shared culture and planet. 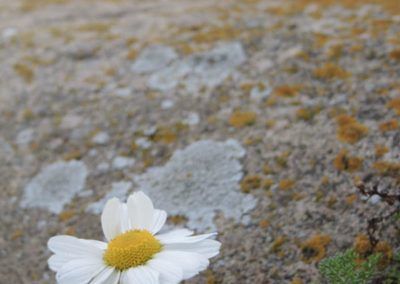 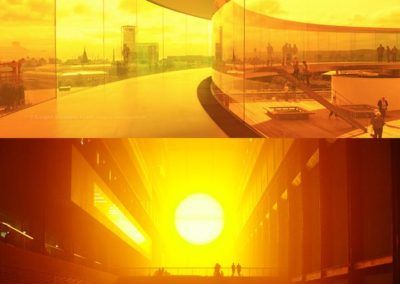 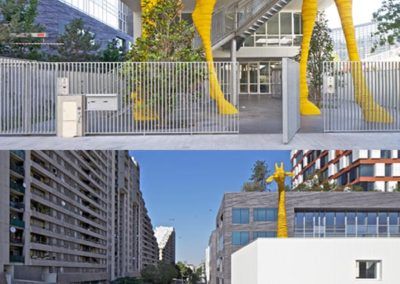 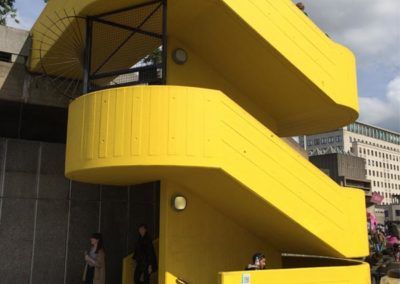 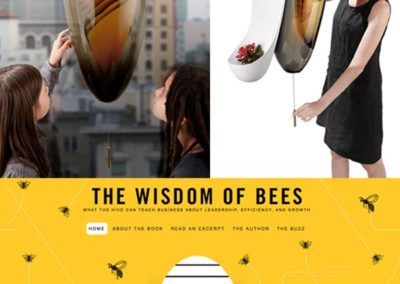 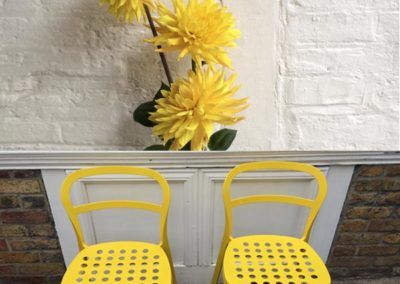 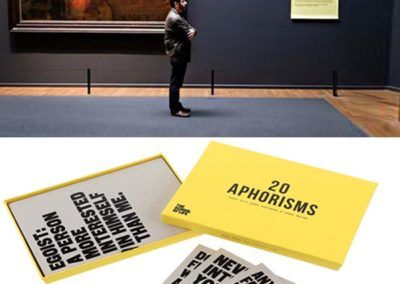